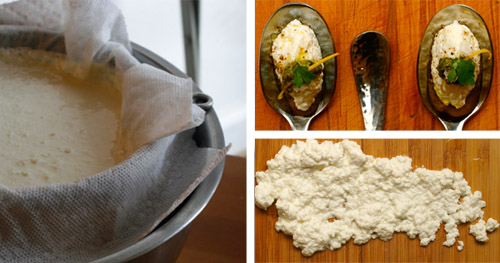 Serious Eats has a Food Lab feature on how to make Ricotta cheese, where they dispel some myths about temperature and level of difficulty, and confirm something anyone who has ever heated milk on the stovetop already knows:

As milk heats, the proteins and fats on the top surface begin to coagulate, forming a sort of “raft” on the surface. Once it starts getting close to its boiling point, water vapor forms, getting trapped underneath this raft. As soon as enough pressure has built up, the raft goes the only way it can: up and over. This tipping point can occur in a matter of moments, and in fact, it has been independently proven by several renowned chefs and scientists that milk will only boil over when your back is turned.